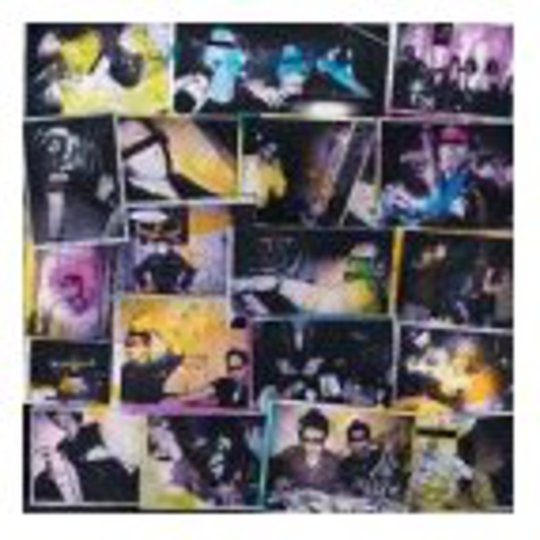 Sometimes records come from an unexpected direction and burn with a fearsome brightness. Those records speak for themselves, and all we can do is present snap-shots and half-glimpses. X-Factor is a journalistic faux pas – but we all know it exists. You: think of the record that best jolts a most cherished organ. I don’t need to ask whether that record has it in all its infuriating, ineffable glory.

The Hold Steady rose from the ashes of the lauded/derided art-rock combo Lifter Puller – but their new incarnation’s entrance, ‘Almost Killed Me’, is rooted more in the realms of classic rock than a more vogue musical arena. Classic rock? What? Listen: opener ‘Positive Jam’ begins with a brief summation of the 20th C wherein vocalist Craig Finn recounts in a brief monologue the highs and lows of generations. Decade by decade he presents human stutters and flourishes with brow raised and a faint smile on his face. Beneath him a lame wrist strums at a muted guitar. He finishes, "in the nineties… we put it all down on technology and lost everything we invested". There’s a moment’s pause – the album could move in whatever direction it chooses. And then the riff kicks in; one low, enormous riff that sustains itself throughout the following 41.3 minutes of the record, amid a whirl of insane pop/self-referencing barks, a rhythm section that’ll make girls dance, boys dance and china rattle, and soloing that shreds rather than serves as some high-powered anaesthetic.

How many bands would be audacious enough to start an album with an introduction to a preceding one hundred years? ‘Almost Killed Me’ is a rock album that is – above all – listenable and fucking energetic but never calculated and never sneering. It has hints (lots of hints) of frenetic riffing that draw on the fibre of Marshall-stack dinosaur rock (‘The Swish’) – but counter balances them with touches of inclusive anthemics; the descending bass-line and reverberating final riff that find an odd pathos in conjunction with the track’s vocal sentiments of closer ‘Killer Parties’ ("killer parties almost killed me") a case in point. It's a glorious balance.

And amid it all, the centre-point is Finn. His voice has no range, as such – he commands instead two techniques: the dark mutter and the hoarse bellow. His closest compatriot would be Tim Harrington - no matter that Les Savy Fav and the Hold Steady are in a musical sense no more than distant cousins. In terms of charisma and sheer, bristling vigour the two could be one and the same. And it’s for those reasons ‘Almost Killed Me’ almost does. Perhaps its sequel could possess a prologue with the statement: "In the noughties we were reminded that rock music was still alive". No - hang on - that would suck. But we are. Don't doubt it.