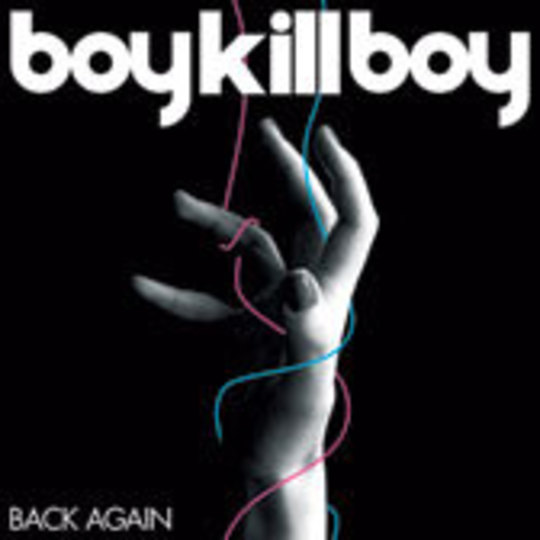 Having released two of last year's great "lost" singles, London fourpiece Boy Kill Boy prove that they are like the musical equivalent of dog poop, in that wherever you go and whatever you're doing, you just cannot avoid them.

The fact that even the abominable Trent FM has been playing this record would suggest that 'Back Again' will succeed where 'Suzie' and 'Civil Sin' somehow failed.

If you've seen or heard Boy Kill Boy, it's pretty much the standard fare of their repertoire. The big Duran-meets-Ultravox chorus punctuates every verse like a Shakespearian diatribe about adultery, singer Chris Peck's vocal pronunciations being the most striking, prominent aspect of the band.

Although not quite as effective or catchy as either of its predecessors, 'Back Again' is a welcome antidote to saccharine-laced, reality television overkilled pop. Just don't call 'em the English Killers...