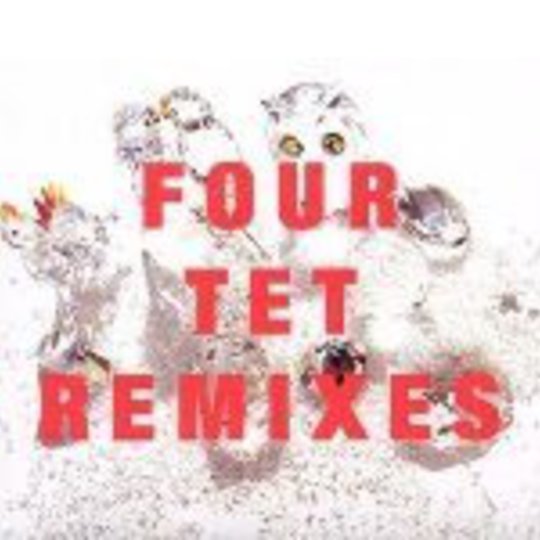 Remix albums: always shite, right? Some faceless fella goes cut ‘n’ paste crazy on another artist’s slice of soulful_ whatever, tears its heart out to a dance beat and makes off with a pocketful of dollar bills. Yeah? For the most part, _correct-a-mundo. But Four Tet’s never come across as the money-hungry sort; he – Kieran Hebden – hasn’t once dabbled with the work of an absolute flash-in-the-pan sort, a temporarily fashionable group of musicians whose output will be as dated in a year’s time as those jeans with strategically-placed ‘tears’ you still find on high street store racks. (Really, someone, please: just make it so I can find jeans without silly rips and patches all over them...)

Remixes is a double-disc affair, the second of two collecting every remix of Four Tet’s original material, as tampered-with by the likes of Battles and Boom Bip. This, though, we’re not concerned with, albeit primarily because we don’t have the promotional compact disc with said material on it to hand. (We haven’t lost it – we never received it.) Instead, today’s focus centres firmly on disc one, a handpicked mix of Hebden’s favourite remix projects.

The collection begins with the upbeat, clang-and-clatter microbeatery of ‘Tics’ by Lars Horntveth; it’s one of a good few tracks here that could conceivably be heard as a Four Tet song in its own right, if you weren’t already wised-up to the nature of the record at hand. Drums are rolled and something pings and dings with traditional Four Tet repetition, a rush of cymbals towards the track’s end signalling a noticeable stylistic shift as the album flows from one-of-twelve to the next in line: Radiohead’s ‘Skktrbrain’.

While not the most remarkable piece of music on this disc, Hebden’s reworking of Hail To The Thief’s penultimate track is among the most immediate: Thom Yorke’s unmistakable wails work well with the additional drama Hebden brings to the arrangement. This trick’s repeated much later on, as Hebden gently blows a little of everything ethereal across Bloc Party’s ‘So Here We Are’. The vocals suck you in before the elongated drones and whispers sing you to sleep, bubbling brooks running through your dreams and giant honey bees leaving the very sweetest nectar on your picnic blanket. Until the drums kick in, anyway: then the rock returns to the Bloc and every dormant missile this side of the Cold War flies skywards. It’s entirely probable that, when the coming of the apocalypse is finally made public, this song will comprise the aural backdrop to a simple on-screen text message. Nobody will care a damn about the death raining from the heavens...

Madvillain receives the Four Tet treatment twice here, but neither ‘Great Day’ nor ‘Money Folder’ really benefit from the encounter; elsewhere though, Pole’s ‘Heim’, the disc’s closing piece, is rather wonderfully re-realised. Gentle beats and twinkled keys see the listener home like a warm hand at an unmanned road crossing – there’s a sense of safety, but the residual resonance of something really quite exciting. Not that we advocate playing with traffic, of course... but crossing when the Green Man’s conspicuous by his absence, when there’s nothing coming in either direction, is just fine.

Don’t tell your mother we told you so, mind. She’ll only say that such a suggestion is nothing but shite, a load of hot air a la so many ill-advised remix albums. Other being the operative word, here.