Don't You Know I Love You EP 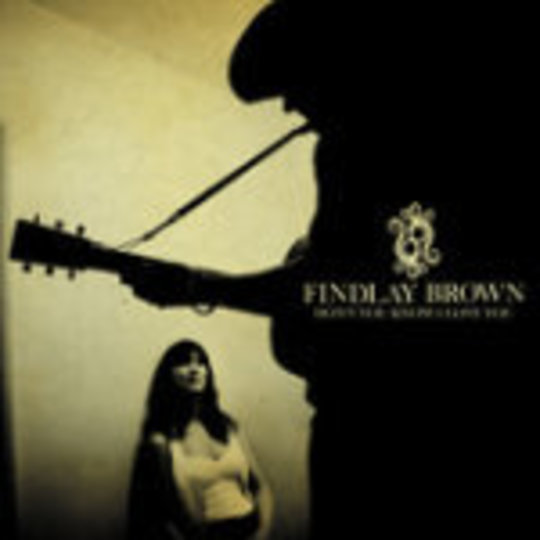 I recently encountered Findlay Brown on a Mastercard advert during an ad-break for some erstwhile one-off TV drama. At the time I was left dumbstruck as to who the artist was. The brief clip used was enough to encapsulate me; reminiscent of '60s folk with shades of Dylan and Drake, but with enough of its own character to diffuse any notion of reverential plagiarism, it teased and teased until I was unable to function without knowing the master of its craft. With the internet at my disposal, I came to find that the artist was Findlay Brown – a British solo artist who didn’t want to eschew the traditional acoustic-folk formula, but who'd rather practice it instead.

Too much thought is given towards bands that wear their influences on the sleeve. Sometimes, it’s easy to disregard how much talent an artist has because they sound like band A and band B. You have to remember that most modern music is derivative - it's impossible to escape it. Findlay Brown knows the power of good song writing. He deals with the kind of lo-fi folk attributed to the folk songwriters of the '60s without changing or altering one bit of its equation. It feels organic and real; there’s no pretense to his music.

Every track on Don’t You Know I Love You is a standalone highlight. ‘Come Home’ is an intimate, stripped-down acoustic gem, made by its eerie guitar tones and Findlay’s fragile voice; ‘Separated By The Sea’ is a melancholic ode to his troubled relationship with his long-time girlfriend, while ‘Polly’ uses vocal reverb and an electric guitar to great effect on the EP’s refrain.

I hate having to use the clichéd phrase, but words just can’t describe how lovely these tracks are.