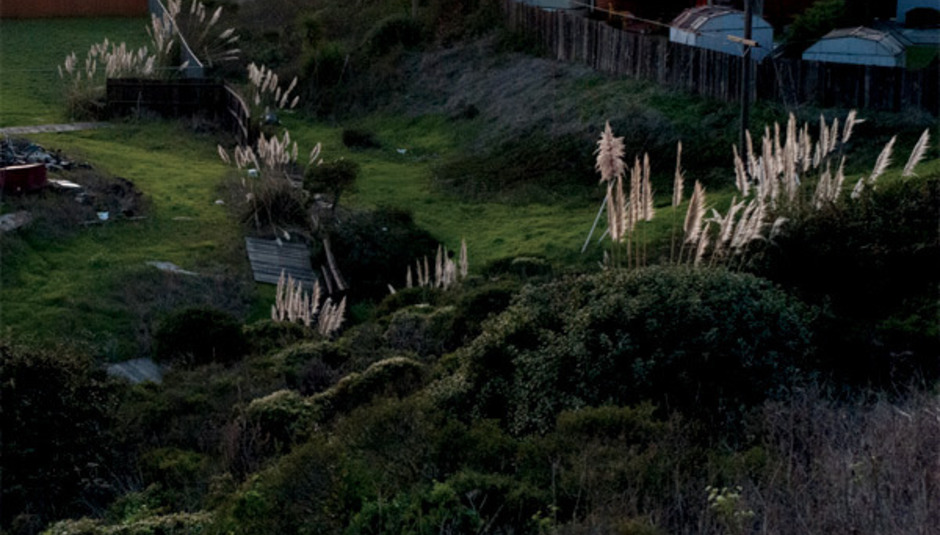 A belated first column of 2012, and a belated best of 2011. Belated, but also justified (as far as these lists can ever be really justified) – four of the records below were released in the final two months of last year, and have unfurled slowly over the subsequent months. And while it’s in no way a definitive list, I’d wholheartedly recommend every one of these records.

It takes a lot to stand out from the morass of post-Takoma guitarists currently operating, but with ‘Son Of The Black Peace,’ Mcphee manages just that. A large part of that is down to his remarkable restraint and appreciation of space (notes are permitted to hang in the ether, adorned only with the faintest touches of tremolo, reverb and delay), but it’s Mcphee’s ear for a heartbreaking (but never obvious) melody that has me returning again and again to this quite beautiful album.

It would have been all too easy for New Orleans duo Belong to have simply rehashed 2005’s October Language and accepted the plaudits that would undoubtedly have come their way. Instead they released a record which not only showcases a commendable desire to avoid creative stagnation, but also (and in spite of its bafflingly mixed critical reception) represents a pretty much flawless success. Applying the smudged atmospherics of ‘October Language’ and, more particularly, ‘Colorloss Record’ to the blank-eyed melancholy of 80s post-punk and dream pop, ‘Common Era’ sounds like nothing less than a long-lost shoegaze classic, as reinterpreted by William Basinski (and let’s be honest, that’s never going to be a bad thing).

8. The Caretaker – An Empty Bliss Beyond This World (History Always Favours The Winners)

Context, James Kirby’s work as The Caretaker would suggest, is everything. Certainly, on the face of it, the source material for ‘An Empty Bliss…’ veers between the jaunty and the utterly banal, a series of melodic phrases apparently shorn of any emotional impact by their implacable familiarity. And yet, whether it’s the exaggerated crack and hiss of the vinyl from which they’ve been sourced, the subtle touches of reverb that colour each note, or simply a knowledge of the significance that Kirby seeks to impart upon this material, the results are incredibly poignant.

On his own website, Steven R. Smith describes this cassette, released with little fanfare on the excellent Soft Abuse, as a ‘dirge.’ And, in the best possible sense, he couldn’t be closer to the truth. This is classic, guitar-based psychedelia slowed to the pace of a funereal march, every note and spiral of feedback weathered, eroded and reduced to an unrelentingly bleak morass of viscous tones. In his own quietly unassuming way, Smith may just have produced the heaviest record of 2011.

Sometimes, there’s a lot to be said for embracing sheer beauty. While Mccann’s technical mastery may have been more evident on the excellent ‘Open Resolve,’ no release in his burgeoning discography comes close to matching the emotional impact of ‘Sincere World,’ which combines slow motion synth vistas with vast, tremulous arcs of treated violin to utterly devastating effect.

Given that the desire to engage with his environment has always played a crucial role in Lawrence English’s music, it is perhaps ironic that this, his finest record to date, represents a communion with a landscape of which he possesses no direct experience. Bleak and at times unearthly, yet never unambiguously dark, ‘The Peregrine’ is an emotionally complex album of remarkable depth, cut through with glacial melodies, enveloping textures and a fascinating narrative arc.

If Fowler Collin’s last full-length, 09’s ‘Perdition Hill Radio,’ represented a maximalist approach to composition, with its towering, impenetrable banks of static, then ‘The Resurrections Unseen’ achieved similarly terrifying results with an almost palpable sense of restraint. At times verging upon the inaudible, and imbued with an unnerving sense of weightlessness, these eight pieces explore the same aural topography as classic Deathprod, filling every conceivable crevice with multiple sonic layers of uncertain provenance before congealing into an echo chamber of fractal melody on the album’s quite stunning denouement, ‘Ghost Choir.’

All too often, the kind of music that might reasonably be described as neo-classical seems content to mine a seam of pallid, excessively saccharine melody. However, with ‘Owl Splinters,’ Norwegian duo Otto Totland and Erik Skodvin instilled some much needed darkness into a flagging genre. Of course, that’s not to say that this isn’t an astonishingly beautiful record – Totland’s piano work is, at times, not only unbearably poignant but also rendered with remarkable, confessional clarity. However, it’s Skodvin’s contribution on cello and bowed guitar that really elevates these compositions, burnishing even the album’s prettiest moments with a pervasive gloom and, on the quite stunning solo piece ‘Animal Sacrifice,’ slashing at his instrument with palpable violence.

It was this time last year that I, along with several hundred others, experienced ‘Ravedeath, 1972’ for the first time, as Hecker opened his crushing ATP set with a series of restless arpeggios, underpinned by the kind of hulking sub bass that seemed to make the entire foundations of the rooms shake. Twelve months later and the album, alongside its skeletal counterpart ‘Dropped Pianos,’ has soundtracked such a vast array of personal experiences – and received such an unprecedented level of attention – that it’s difficult to know what to say. Unsurprisingly, much has been made of the source material from which the album is built and which lends many of the pieces an air of almost liturgical gravitas, but perhaps the most enduring reflection of Hecker’s talent as a composer is that even though this rumination on digital decay sounds like nothing else in his extensive discography, it’s an album that could only have ever been made by Tim Hecker.

Whether by coincidence or design, 2011 was Barn Owl’s year, with what at times seemed to be an utterly relentless stream of releases. It’s to the immense credit of the duo, however, that each of these felt like a significant statement, engaging both with the American landscape (and seascape) and a vast range of musical traditions. From the arid, devotional meditations of ‘Lost In The Glare’ to the submerged, slate grey guitar drones of ‘Undercurrent’ and the sparse, endlessly affecting guitar sketches of ‘When California Falls Into The Sea,’ Jon Porras and Evan Caminiti have created a body of work that explores the intersection between music and environment in a whole host of surprising – and at times genuinely revelatory – ways.

And now, a brief round-up of a couple of more recent highlights. Never ones to rest on their laurels (and with another daunting line up of releases scheduled for later this year), Barn Owl have found the time to contribute to Portraits, a huge collaborative effort also involving, amongst others, Jefre Cantu Ledesma, Greg Kowalsky and former members of Tarentel. For fans of Ellen Fullman, La Monte Young and other pureyors of organic, devotional drone, this one’s a must.

By this point, the release of a new Celer record seems to represent a monthly event, but Evaporate and Wonder, on the ever-reliable Experimedia, is undoubtedly up there with the duo’s finest work. Comprised of improvised synthesiser and field recordings, these two tracks are simulataneously vast in scope and intensely personal.

As always, thank for reading.