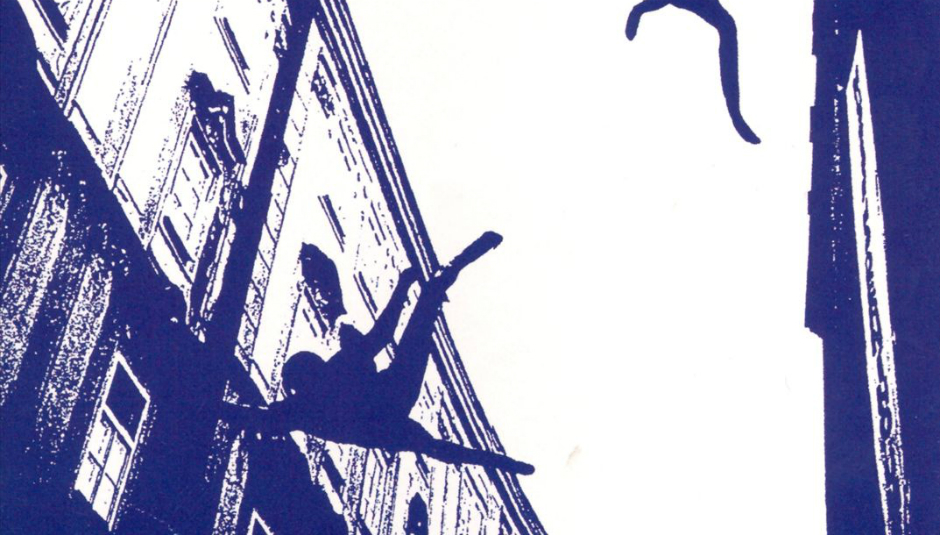 Elliott Smith probably released more accomplished records in his life than his 1995 self-titled second effort, but there are none in his (or anyone else’s) discography that cut deeper. The difficult little rhythm in ‘Needle In The Hay’ sets the tone, and by the time Smith begins singing, he’s already on the floor. The whole thing is a rainy drudge through multiple states of mind, all on the brink of whatever sits just beneath despair. Smith’s reputation as an unreconcilable miserablist mostly comes from this LP, and it’s easy to see why.

However, it’s also incredibly lovely, as well as a document of an artist emerging as something wonderfully unique. Forget the Oscars, The Royal Tennenbaums, the ostentatious accompaniments of his later records and the angry conclusion to his short life. Forget also the morbid cult that sprung up in its wake, and the unfortunate need to tar his work as tragic or a cry for help. Elliott Smith’s legacy is formed from his songs – his breathtaking ability to cultivate beauty with an unexpected chord change or a simple double-tracked harmony. That’s what you should take from this album.

I was 21 when Smith died, and on the bus to the pub when I heard the news. As the radio informed me that it appeared to be suicide, I was rendered immobile until I got to my destination. Upon departing the bus, I sat on a bench for half an hour and tried to comprehend what I'd heard. The news stories had been all bad for a while – catastrophic half-gigs where he would nod out mid-song and drunken bar fights he had no hope of winning. His death seemed inevitable then, but the more recent headlines were about drug treatment, creativity and a hunger to release new material. We were promised a double album of woozy psychedelia, which was so exciting to me. His death caught me completely unaware, and the violence with which it ended was painfully upsetting.

I retreated to this record and sought comfort in its brittle stories of addiction and co-dependency. The imagery Smith uses throughout might be of heroin, but there's no reliance on self-pity (see Staley, Layne) or inept justification (see Cobain, Kurt). The words are so precise, so considered; it’s impossible to write this off as just another drugs album. Musicians spend whole careers searching for lines as devastating as “Your cold white brother will ride in your blood / Like spun glass in a sore eye”. That song, ‘Coming Up Roses,’ masterfully builds tension with an incongruous organ part, and the twist of the title to reflect the bloom of blood in a syringe is just brutal. And yet, there’s no wallowing, no romanticising and no chance of apology: this is just how things are.

‘St. Ides Heaven,’ too, manages to juxtapose joy with self-destruction, sneaking under your skin like a Greek into Troy. Rebecca Gates’ vocal is a welcome change of pace and brings the album out of its solitary existence, broadening its world by painting with colour. The imagery is drug-based again – this time of amphetamine drawn through lightbulbs – but it doesn’t smother the genuine pop song at its core. Despite the unflinching portrait of his songs’ subjects, Smith always knows when to pull back and allow his listener a breath.

I could write 10,000 words about how wonderful this album is - how it has helped me at every stage of my existence and how shit it is that I’ll never get the chance to say thank you. But you’re not interested in that and ultimately, if you haven’t heard Elliott Smith before, I really just want you to listen to it. Even if you only give it one song, queue up ‘The Biggest Lie’ and try to shut up for a couple of minutes. A tiny rehearsal for perhaps his finest composition, ‘Between the Bars,’ it’s a soft battering ram of subway suicide, raw anger and the blackest gallows humour. The record’s final, tossed-off declaration (“Oh, I just told the biggest lie”) makes you question everything you’ve just heard from Smith’s mouth, and it’s actually pretty funny. Excruciating as all hell, but funny nonetheless. There’s so much more than hopelessness within this record, and if you let it, it will protect you for the rest of your life.

The Friday Fangasm: The Dreaming by K...