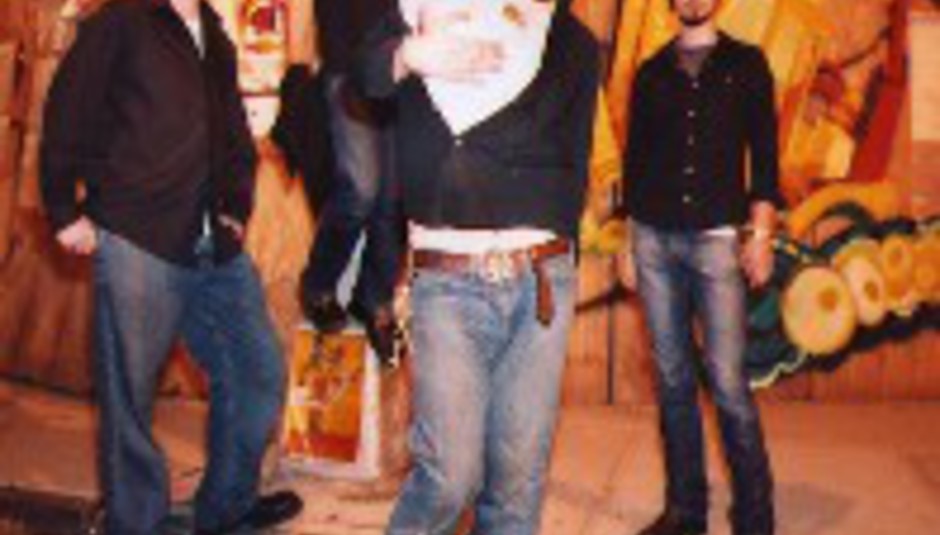 by DiS News September 15th, 2005
Marty Leopard (not the name on the man's birth certificate) of sex-punk-pests Gay For Johnny Depp was attacked by a member of the audience at last night's Exeter gig.

The band, who are currently on tour with soon-to-split rockers Million Dead (see this article), were performing at the city's Cavern Club when an individual took offence to the NYC outfit's "pro-gay love live performance", to quote the good people of Captains Of Industy.

Leopard had to go to hospital but is now out again and nursing his wounds. The tour - remaining dates below - is not affected. GFJD's debut album proper, Blood: The Natural Lubricant (An Apocalyptic Adventure Beyond Sodom and Gomorrah), is released on September 19th through Captains Of Industry.