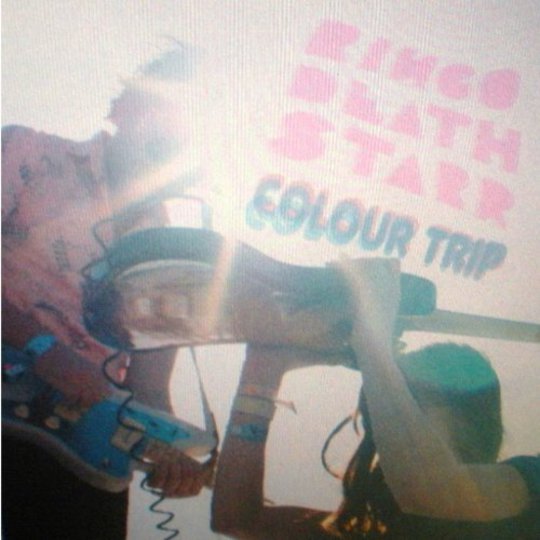 When you stop to consider just how many millions of kids have taken their turn thrashing around on guitars, it’s unsurprising that innovation in rock music is a rare thing. Although they come in all different styles and shapes, all guitars are essentially the same tool and there is a limited amount of things you can make it do. Sometimes, then, your best option is to forget about what came before you, turn up the volume and make a jolly good racket.

Enter Ringo Deathstarr, a youthful Texan trio channelling classic shoegaze influences. It’s likely that much will be made of this record sounding derivative, and it is, but what’s really more important is whether these songs are any good. My Bloody Valentine imitations crop up all the time, but if the end product is strong enough these bands can become accepted in their own right - see: A Place to Bury Strangers and The Pains of Being Pure at Heart. On band names alone, Ringo Deathstarr already have a significant advantage over the latter.

Colour Trip, then, is a fairly convincing substitute if you’re in need of a quick fix of poppy shoegaze. It benefits from a dual vocal approach, with a boy/girl combination offering the album some nice variation. The two contrasting voices work best in tandem as on lead single ‘So High’, where the call and response style stays just the right side of twee, creating a romantic feel albeit surrounded by big, fuzzy guitar chords. While most of the lyrics are hidden behind a wall of sound, at their most audible the results are mixed. ‘Do it Every Time’ is an example of when the words were probably best left in the haze, as male singer Elliot Frazier appears to be singing a song about a cardigan. Yet elsewhere the lyrics have a genuine sweetness, such as the melancholic love song which closes the album, ‘Other Things’, sung by female bassist Alex Gehring.

Thankfully the album’s more dubious moments are short-lived, as the record sets a good pace and never outstays its welcome. Clocking in at just over half an hour, with only one song breaking the four minute mark, the songs are punchy and full of youth. Although ‘refreshing’ would never be a word used to describe Ringo Deathstarr, it’s certainly nice to hear a band playing loud, guitar music with a sense of urgency and fun. These are endearing qualities, and if you can buy into the band’s personality they begin to stand out from the crowd. Even when I’ve had to double-check that songs like Ringo’s ‘Two Girls’ wasn’t in fact a The Pains of Being Pure at Heart song, which sounded like a Jesus and Mary Chain song in the first place.

That I had to double check, though, could only really be taken as a compliment by Ringo Deathstarr. At the very least, the band is a good replication of some of indie music’s most treasured artists, occasionally showing signs that they could flourish into something better in future. If in the meantime you’ve lost your copy of Loveless, you could do far worse than listen to Colour Trip.

Crystal Castles, Magnetic Man, Everything Everything, The Vaccines at Rock City, Nottingham, Tue 08