Rock It To The Moon 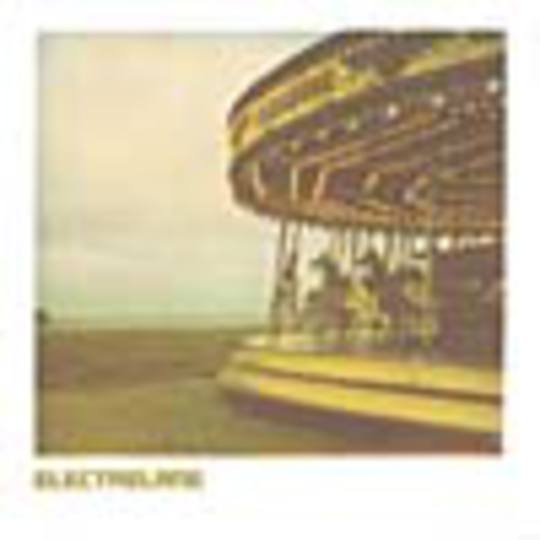 The cover of Electrelane's debut album release on their own Let's Rock! label features a merry-go-round of faded gold, framed by an ominously overcast sky. The picture succeeds in perfectly capturing one of the many strengths of this superb record; a kind of resigned, faded, downcast elegance that permeates much of the music on offer here. It's there in the second half of the recent single 'Blue Straggler', all melancholy, hymnal grace and mournful, clockwork guitar. It's also to be found in 'Film Music', a simple concoction of quietly descending Farfisa chords and old spy movie stylings, albeit a spy movie with a leaden, saddened heart.

All of which makes the fact that Rock It To The Moon is the band's debut album all the more surprising. This complex, all encompassing collection of largely instrumental drone rock elegies and motorik epics displays a consistency more common in a band's second or third album offerings. There's not one weak track here, and more dizzying highlights than a listener has a right to expect.

Personal favourites include the opening 'The Invisible Dog', a decidedly queasy affair constructed from little more than a cyclical guitar riff, oscillating chords from Verity Susman's ubiquitos Farfisa and a truly bizarre speeded up vocal seemingly obsessed with dogs. Other highlights include the closing 'Mother', an 11 minute long, hurtling Krautrock epic that harks back to the hallowed likes of Neu! and Can, both primary influences on the Electrelane sound. 'Many Peaks', meanwhile, is a gorgeous orchestral sidestep away from the motorik format, with tremulous cello and a fluttering clarinet whose melody will haunt you for days.

After listening to the album from beginning to end, I was shocked to discover 74 minutes had elapsed. Nothing here sounds superfluous or tacked on and there is, frankly, little room for criticism. An outstanding debut.