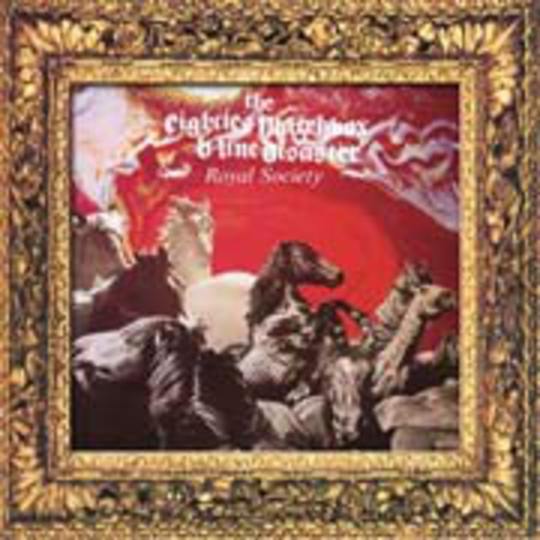 I love how bands like The Eighties Matchbox B-Line Disaster can achieve chart success without sounding remotely legible for it. I mean, you’re sat there, enjoying Sunday dinner, and ‘I Could Be An Angle’ comes crashing out of your transistor between sacks of aural wank from Latest Boyband X and Great White Indie Hopes Y. It sounds revolutionary, as if it’s somehow alive, whilst everything around it is just flotsam; bloated pop corpses awaiting the inevitable swell that’s gonna wash them ashore. Only, it’s not alive at all. This is music for the undead, and said corpses are five seconds away from reanimation.

When they reach the beach it’s going to be Omaha all over again, only with zombies for soldiers and burning crosses for machinegun turrets. There’s something horrific about this record; it’s possessed by an indefinable evil that permeates every song. Guy McKnight’s Nick-Cave-hams-it-up-in-a-Hammer-Horror-flick vocals only add to the Hallowe’en flavour (nicely scheduled release, label guys*). At a time when the substantial majority of chart-bothering indie tykes are overwhelming the listener with banal, saccharine niceties – overplaying Keane and co can only lead to bellyache and eventual death, surely – hearing a man screaming about tearing out hearts and throwing boys onto fires is some kind of unadulterated bliss.

(* It’s worth noting that, actually, the album is very delayed. The coinciding with Hallowe’en is mere fluke. Still, never let happy accidents soil a review…)

McKnight’s lyrics aren’t the easiest to decipher – there’s talk of the supernatural, obviously, and his tone is aggressive to the point of beating you senseless and laying you to rest in a shallow grave – but the garbled words only add to the feeling of unease. You can’t see them, but you can feel the whites of his eyes. They’re gazing out of shadows, waiting to get you up close and personal. ‘Puppy Dog Snails’ is rife with a slow-revealing evil unprecedented even in TEMBLD material past. It uncoils to a song of menacing proportion. Closer ‘The Way Of The Men Of The Stuff’ doesn’t so much bring the house down as burn it to its foundations, the band cackling gleefully as the last timbers fade from flames to embers. It’s not nasty – it’s terrifying, starting quietly… remaining quiet… quiet… and then getting really, pants-soilingly LOUD. It finishes off the album with a flourish, along with the insides of your crusties.

In the world of zombie-stuffed B-movies and killer rock and roll bands from the seaside, this is number one forever. Spoon out your pumpkin heads and torch your pretty indie corpses, the undead hordes are here for a hoe-down.