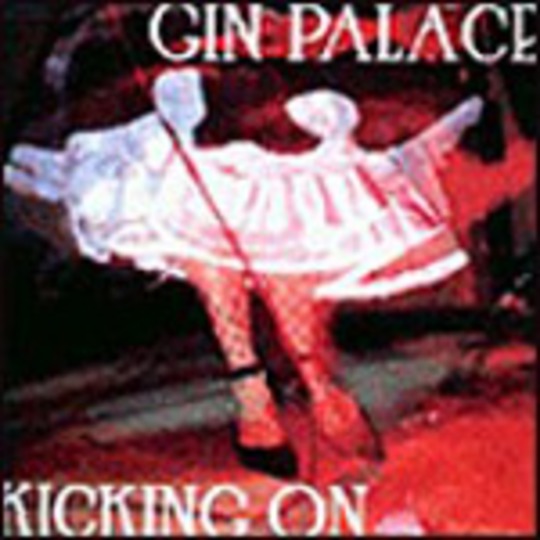 Something?s going on up in north London ? not for the faint of heart, the Gin Palace have arrived with a kicking, screaming, alcoholic step-sister of a debut album that?s some of the best fun you?ll have with headphones on this year.

Hardly have you had a breath before you are dragged under again by the criminally under-recognized drunken-punk fist-pumper ?Too Much For You?. It?s the sound of a credible Karen O in an absinthe-fuelled scrap with John Lydon over a pack of fisherman?s friends ? you don?t want to get in the way.

The Gin Palace are a band who know their limits and work hard to maximize their abilities. The combination of Wilkie?s sexed-up, energetic vocals and smart ?sing-through-the answering-machine? recording keeps the songs edgy and un-ashamedly amusing. Her voice is what holds the savage components of the palace?s music together, and what ultimately holds our attention. Kicking on isn?t an album you fall in love with, it?s a quick fix ? one that won?t change your life, but something to release some energy to. But clocking in with a brisk 13 tracks in under 25 minutes, the Gin Palace don?t overstay their welcome, and certainly leave a lot to the imagination.

Indeed, this album is strengthened by its lack of misconceptions about its identity. It?s a knees up riot of a rock n? roll party and the Gin Palace know that it?s exactly that. If only other bands had as clear an idea of their identity as the Gin Palace do?