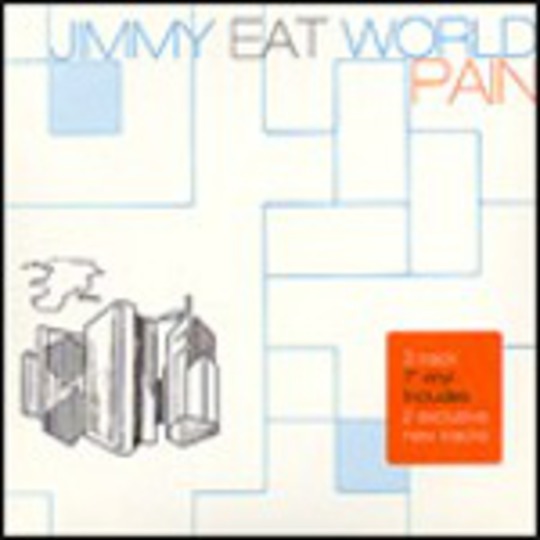 No point in wasting any time – the first new material by JEW** in a bunch of years rockets away with nary a breath for opening instrumentals. And there’s always lost time to make up for in the world of American indie rock; blink (182) and there’s another punk pop bleeding heart anomaly shooting past you to the top of the MTV2 charts.

Not that that probably worries the Jimmies. They’ve seen enough ups and downs to wear out a trampolinist and the record game is probably approached with the zen-like attitude of those who’ve been around for aeons - to hell with those cocky young kids.

But then again there’s a position to maintain; following the breakthrough success of their last record ‘Bleed American’ (as it was known to you cool kids), there’s no reason to go all experimental on our asses and jeopardise it all. But they were never going to do that, were they? ‘Pain’ is a hearts-on-sleeve anthem with a typically over-stated chorus apparently made of codeine, given its additive qualities. And as a result of that, we’re still looking at the top of pile at those Arizonan boys.