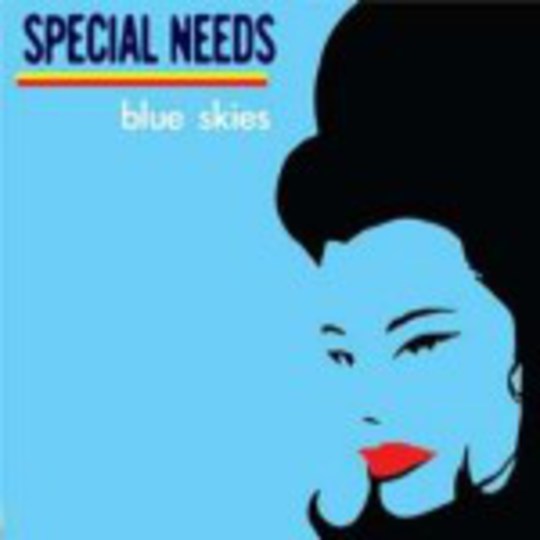 No, it's not the latest novelty pop craze sweeping the nation - it's something a little more close to home. The chiming guitars and gloriously upbeat call/response vocals can only mean that Britain's only indie doowop quintet, Special Needs, are back with their "proper" label debut, and their third and best single to date, "Blue Skies".

Opening with a military drum as if to declare war on the record-buying public, the track is the first fruit of the band's labours with Manics producer Ian Grimble, and it's the first time their expansive, Spectoresque sound has been captured as it deserves. Despite the brilliant harmonies and grandiose feel, it veers dangerously close to cabaret territory at times, not helped by some of the lyrics - "a wink and a wig and a twirl of my walking stick" - but as Zac Stephenson swoons over the gorgeous minor-key outro, and the rest of the band chant in unison behind him, it's hard to care about such minor problems. Besides, Blue Skies seems like a much more attractive destination than Amarillo anyway, and at least there's not a fat comedian blocking the entrance.