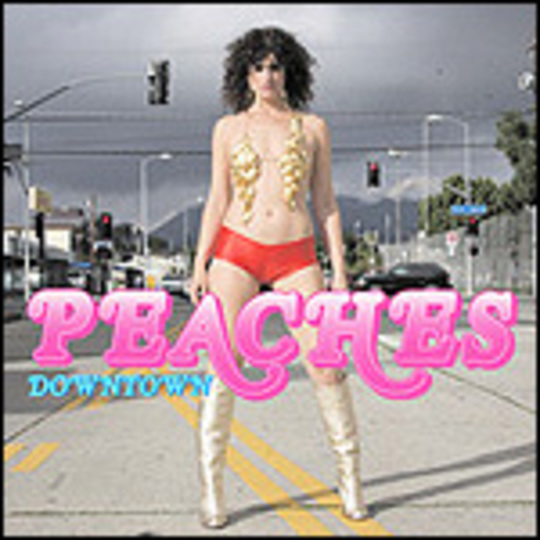 Now this is more like it; dropping just a week before her third release, Impeach My Bush, Peaches' new single is all kinky disco. Arriving encased in supple beats, twittering effects and breathy vocals 'Downtown' is an invitation to party in your area of choice, and is sure to please fans of the double-entendre everywhere.

Initially it's surprising how restrained the whole affair is. This is probably due to the fact that this juncture, sex is so much of a part of what we expect from Peaches, that any further attempts from her to be explicit or shocking, would end up looking pretty inane. It's a lesson that seems to have held over from the disappointing Fatherfucker, an album that wasn't so much a drop in quality from the lofty heights of The Teaches Of Peaches, as it was a lead-weighted plummet into a vast, bottomless chasm.

With 'Downtown' Peaches is not only back up and running, she has regained the crucial balance between party girl and sexual agent provateur which seemed so glaringly absent on her last album. Let's hope she can keep it up over the rest of her third full-length.

(Crossing the Road) With Your Eyes Closed