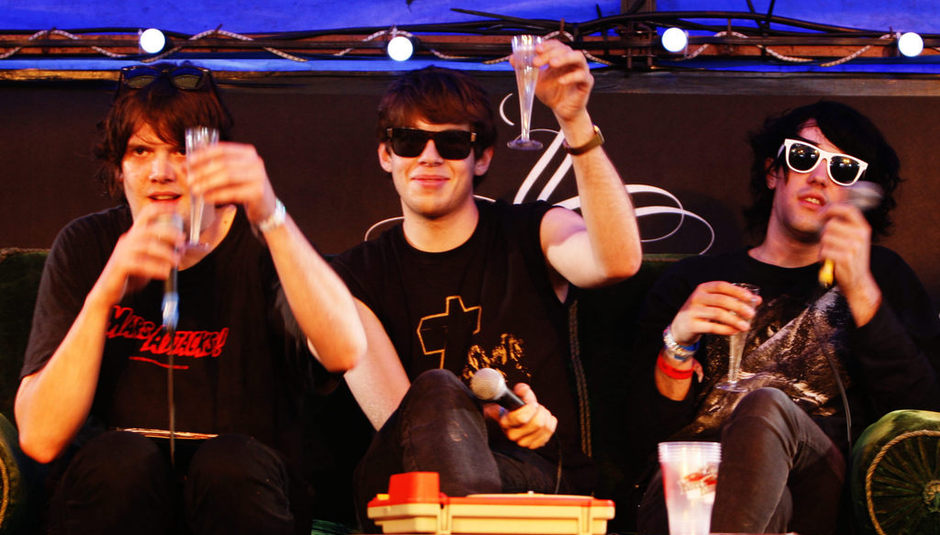 It’s all over folks - Klaxons have scooped this year’s Nationwide Mercury Music Prize.

The Ballard-bumming indie outfit waltzed off with the £20,000 winner’s cheque for their Myths Of The Near Future, which saw off strong competition from the likes of Amy Winehouse and Bat For Lashes to collect the best album award.

The band went on to deliver a tearful acceptance speech at last night’s bash in London.

"This really is too much declared," _ said James Righton, while bandmate Jamie Reynolds added "It was the worst two hours of our lives sitting there not knowing if we'd won. It means so much."_

Actually he said "most forward-thinking record of the last EEP years" but I can’t put that. See for yourself, here.

Reynolds went on to say they deserved to beat Winehouse because she made a "retro record and we've made the most forward-thinking record".

Meanwhile Amy Winehouse ended speculation over whether she would perform with an acoustic rendition of 'Love Is A Losing Game'.

And in devastating office sweepstake-related news, Mitch can now command hot beverages at will and has full control of the office stereo (read: Wilco, lots of it) for a whole day.