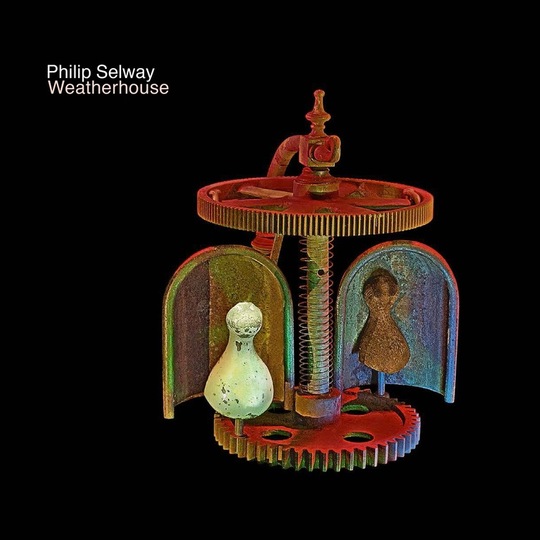 Are you excited, internet? It’s time to be excited! Excited like a Simpsons fan who’s just been told that Conan O’Brien is back on board! Last week Thom Yorke tantalised us, telling us that Radiohead were two days into recording a new album and now it turns out that as soon as 6 October we will actually have brand spanking new music from Radiohead... ‘s drummer!

OK yeah I’m being cynical, but you can forgive me that. First, as a fully paid-up member of the murky world of journalism, it’s my job to be sat here with a glass of wine and packet of fags (it’s almost 11am), raging against the world and seeing the worst in everything. Second, Philip Selway’s solo debut Familial was, well, a bit boring. Recorded with a bunch of musicians from Neil Finn’s Seven Worlds Collide project, it seemed to tap into the Crowded House man’s penchant for softly plucked acoustic guitar ballads but without bringing anything else to the table. Selway sounded like the world’s nicest man so, and not wanting to kick a genuinely lovely-seeming guy, anticipation isn’t high for the second album.

Obvious set-up done and dusted, it’s time to reveal that Weatherhouse is a massive improvement. Recorded with multi-instrumentalists Adem Ilhan and Quinta – nope, me neither, but the latter is, according to Wikipedia, the violinist for Bat for Lashes – this feels like more of a band effort than Familial, with the three musicians bouncing ideas off each other and creating something more ambitious. The string arrangements go beyond 'OK let’s stick some swelling violin in here like we’re fucking Snow Patrol or something' and are used sparingly, actually adding something to the songs.

The album opens with ominous, crackled percussion, pulsing beeps and reverb-laden vocals on ‘Coming Up for Air’. It goes on to add a delicate guitar line – think ‘Separator’ – and a warm falsetto; as such there’s a risk that it could be an unsubtle “Hey look I can do this too!” opening statement. If there’s one thing that Selway has (presumably) learned from Yorke though, it’s how to handle things with confidence. The rest of the album is delivered with similar aplomb. The words 'delicate piano ballad'” should raise alarm bells – you don’t have to look very far to see how easy it is for those to tip over into saccharine beige – but, with its variety of weird sounds coming in and out around the piano, ‘It Will End in Tears’ strikes the balance between restraint and uplifting sentiment perfectly: it sounds like World Party rather than [insert the name of someone who’s like Coldplay but not Coldplay so I can avoid tired Coldplay clichés here].

'I felt stretched on Weatherhouse, but very enjoyably so,' said some PR bod Selway of Weatherhouse and despite the variety of sounds and styles across the album the man used to a life tucked away behind the kit never sounds out of his depth. Whether it’s a dark bass-led song such as ‘Around Again’ or the haunting, distorted strings and minimal acoustic guitar of ‘Don’t Go Now’, you’re convinced that Selway, or rather the band, know what they’re doing.

This isn’t to say everything works. Some of the tracks struggle to hold the listener’s interest, with ‘Ghosts’ being minimalist and little else (although it is notable for a bit of vocal phrasing that’s identical to ‘Exit Music (For a Film)’ and the last few tracks tend to blend into one, which feels a bit off on a 38-minute record. Nevertheless, there are enough highs on here for this to be considered a very good, warm record and- ooh Thom Yorke’s put out a new album! That’s kind of a dick move, Thom. 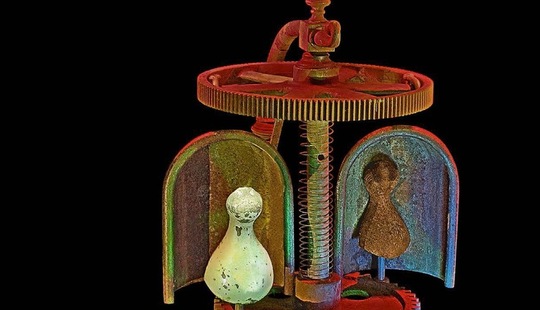